The Opening Ceremony of The University of Adelaide of the Solar, Batteries and HV Upgrade project at Roseworthy Campus

Delivered by TEC-C, The University of Adelaide (UoA) has officially powered up its 1.2 MW Roseworthy Solar and Energy Storage Project which is forecast to generate an average of 42% of the campus’ energy needs but it has already surpassed expectations, delivering up to 90% of the Roseworthy campus’ daily energy requirement.

“We were excited when, on its first full day of operation, the solar farm offset nearly 90% of the Roseworthy campus’ electrical load,” UoA Project Manager Rob Newcombe said.

The system has been fully operational since late April but was only officially unveiled on Thursday with South Australian Energy Minister Dan van Holst Pellekaan among those on hand.

Professor Wayne Hein, Dean of the Roseworthy campus, said: “Another important benefit of the project is the research and learning opportunities that will be available to researchers and students.”

“The project will be a living laboratory, providing our researchers with opportunities for projects in areas including energy management, grid segregation, low-cost fault detection systems, system resilience, and cybersecurity,” Professor Hein said. 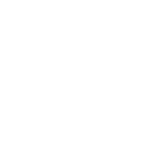 Interested in how we can solve your energy challenge?